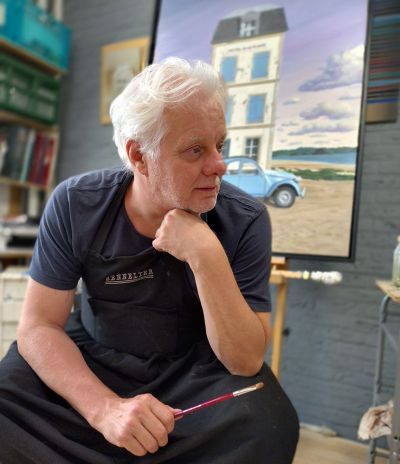 "There are still so many stories."

At a time when it was “not done” to make art that had anything to do with realism, Peter went against the stream. A time when abstract was the prevailing norm in painting and realism was declared dead and outdated. He stubbornly painted and drew an oeuvre/world full of stories in an imaginary reality. His work is full of atmosphere, color and sentiment. It takes place in a world full of fantasized landscapes, in which everyday objects are placed in unusual contexts or in an uncommon setting. Strange devices on high rocks. Abandoned buildings and vehicles in strange places: nothing seems impossible in Peter's world. His paintings are surprising and alienating, but at the same time display a sense of familiarity. Images that evoke new thoughts. 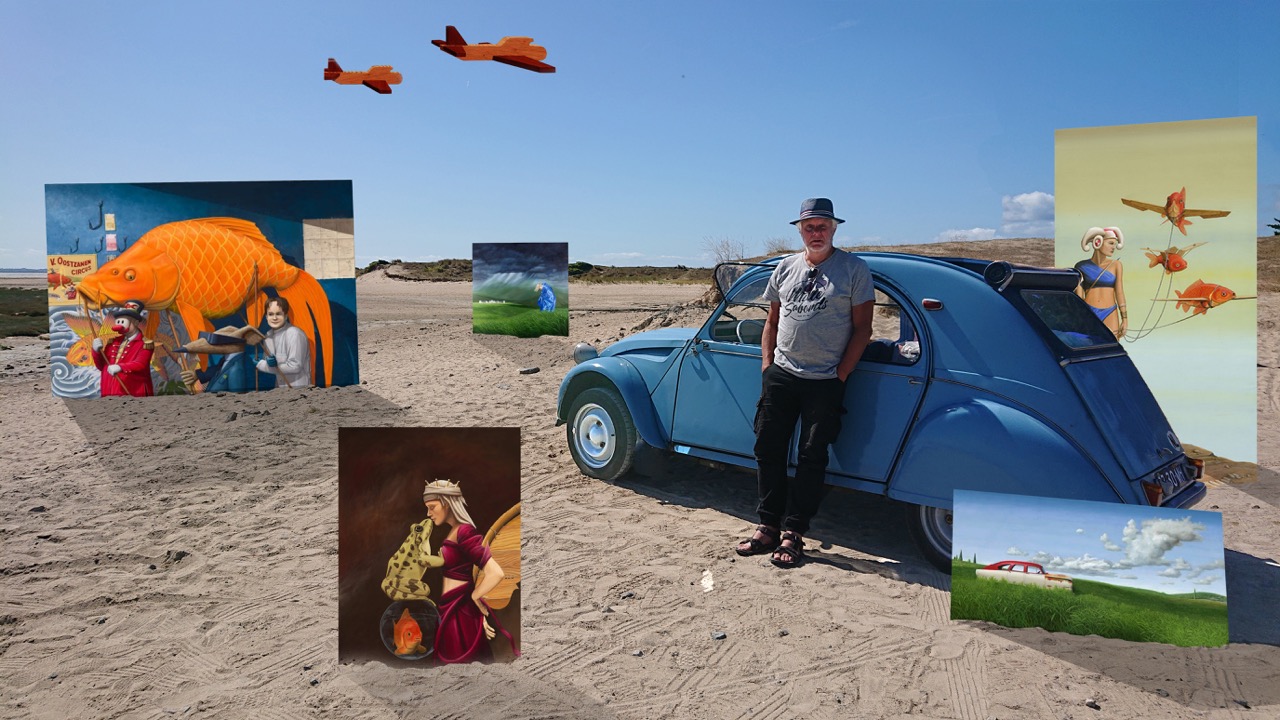 Peter van Oostzanen was born in Leiden in 1962. Drawing and painting were already there at a young age. After his training at Nimeto (specialization painting), he found employment as a decorator at Hypsos. After a traffic accident in the early 90s of the last century, he seriously devoted himself to making oil paintings and skilled himself in realistic painting techniques. This period was also crucial for the development of his style: Peter van Oostzanen created his own recognizable narrative visual language that is related to magic realism.

“I get my inspiration from everyday life: it is often casual observations that surprise me and make me think. After a while I get an idea of what kind of twist I want to give to that observation. I capture this idea in a quick sketch. " These sketches form the basis for further development into mature ideas. It results in skillful and precisely painted paintings. Peter van Oostzanen builds up his work carefully: “First I ensure that there is a well-thought-out concept, that the composition is correct, the proportions, the colors, et cetera. Then I transfer it on a canvas or panel and I start painting.”. In his painting technique he follows the tradition of the Old Masters. Layer over layer. First roughly, then more and more in detail. This all in monochrome. When the underpainting is finished, the color follows. This method results in beautifully, detailed paintings.

“I am making things that inspire me with a profound emotion and I am trying to paint them honestly.”